Lake Forest Academy was featured in "The Global Generation," a film produced by LFA former trustee and Hall of Fame member Mike Leonard '66 and Executive Producer of Leonard Films Mary Kay Wall. The film aired on Chicago's local public broadcast channel, Window to the World (WTTW), on October 25, 26, and 27, 2018. Watch the full film below, or the shortened, 10-minute version here.

Please also watch the October 22, 2018 Q&A session with producers Leonard and Wall that took place after the premiere screening on LFA's campus. Additionally, various media outlets have published interviews with the producers. Visit the links below for the stories:

About The Global Generation Project

The producers spent the 2017-2018 academic year with students from the 33 countries and 16 U.S. states represented at LFA to understand how young people from all around the world live and learn together, overcome misconceptions, create, connect, and cope with their generational challenges: social media vs. solitude; pressure and peer reinforcement; individuality and diversity.

Throughout the year, Leonard and Wall oﬀered group sessions on various aspects of filmmaking, and provided individual evaluation of student work. Other students participated through interviews, musical contributions, drone-camera operation, and technical assistance. The project has recently completed its second year of production, and a new version of the film will air in the late fall. 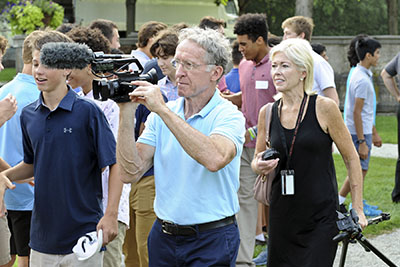 Leonard is a retired feature correspondent for NBC Today and the author of the New York Times best-selling book “The Ride of Our Lives – Roadside Lessons of an American Family.” His assignments have taken him across the United States and around the world in search of stories that define our lives. After more than 30 years in the field of broadcast journalism, Leonard retired from NBC News in 2012. 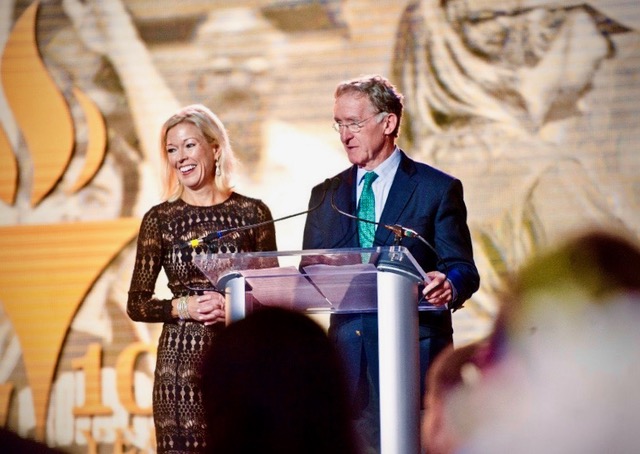 Wall is a filmmaker, writer, and multiple Emmy Award-winning producer, and the executive producer of Leonard Films. Wall and Leonard have co-created 20 films for television and other platforms. Their newest project, inCommon, is a public television and online series of documentaries about aspects of life that humanity shares, with a current focus on people forging solutions to challenges and finding ways to bridge the societal divide.

Back to Welcome Page